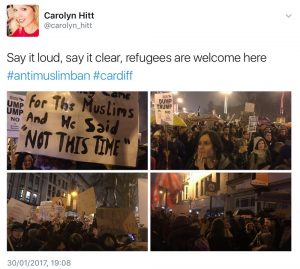 This is a somewhat belated response to Pokemons craze with no real links or references other than my own views, so I apologise if this bores you.

initially I was underwhelmed as I thought that the tech was already at hand and its a solid high profile that has now fuelled people to love this game via its tech. In some cities around the UK there has been Arts Council investment into tours and walk around the city via the use of smart phones. Typically the rise of QR codes has meant people have used this as an activation to view information.

Since those days, not long ago, seem like long in the dust I think we need to look more at why it’s trending now. The people who made Google Earth sold that product to Google (who didn’t own it at the time) so it could be used alongside Google maps but more for desktops. The company had a massive passion for get tagging data and information and worked hard over the years to find a way to bolt down objects to a place. This mean geographical coding that was more than the postcode or building, it had to hit certain areas. The team use this Pokemon idea and rolled it out gradually with the hope that they could then use training gyms and specific locations to train Pokemons up.

the interesting this about then code is that it identified common public places from parks to religious buildings. It then went further into identifing different Pokemons in different areas.

The Pokemon trend itself has never died. It has always stayed with people and meant that fans were still connected. If people got bored, they didn’t stray far. They went onto other similar fantasy games like Mi ecraft or World of War Craft. The community has stayed strong for both younger and older people and meant that the already glamourised smartphone managed to attract event more people to give the app a go.

We are at the point now where comedians like Russel Kane use Pokemon to tell a few jokes and lay down some funny truths about the game. This however does not stop people from paying an interest or, for example, following a large crowd down Central Perk to see a rare Pokemon.

In the digital age, it seem the days of Lord of the Rings, Game of Thrones and Harry Potter are still reeling for more fantasy. This game, in my view, has opened the door for technological go to develop games within this genre more than others however not exclusively. Where other might try, they may now fail due to the attachment Pokemon has made to the tech (hyper local get-tagging).

The question for me.cone that I’m still trying visualise, is how will/could this be used to change the world in the near future. How quickly will people like Oculus Rift and Gogle Glasses products with Pokemon Go as a bonus feature.