Recently Amazon have decided to increase its UK force by 5,000 new jobs across the country. The ever growing giant has noted that the UK is its third highest market outside US and Germany. The new jobs are there to support its projected figures going forward. Agreed partnerships with other large brands (third parties) utilising Amazons delivery services signifies a bigger boost and a whole new dimension.

Rumours also suggest the giant would also begin its own clothing line. Over the last few years there have been many opportunities and one they ceased was their grocery delivery service. This has only been rolled out across a limited number of places in the UK. These are not signs to expand but rather a testing ground for a wider roll out in America.

Amazon might seem like a market rival but it does equally do well at supporting third party brands deliver to homes by using its fine tuned delivery network. As the company goes on to grow, there might be one question we need to ask. Is the Royal Mail safe? The company could potentially either take over or do its delivering for them. 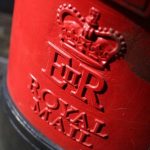 British institutions don’t get bigger than this. The Royal Mail, just like the bank, have had bail outs in the past and need to continue to survive. As the UK economy journeys through issues like the pending Brexit, it seems that Amazon might be better off aligning itself within the UK more than previously. By securing a stronger British Amazon and aligning with postal services could also allow it to protect inflation costs that are usually passed on by other large brands. It could help broker these third parties postal services whilst delivering the same third party online delivery services.

Amazons chief executive Jeff Bezos spoke out earlier in June 2017 making it clear that Amazon had help from the Royal Mail initally but now the company has grown so much that it delivery alomost entirely on its own packages. He goes on to state the Royal Mail just don’t have the capacity. He continued to deny that Amazon could and would rival parcel delivery firms including Royal Mail.

On the Royal Mail side, they argued that they do have an increasing amount of work to do and have increased its capacity to deliver. Royal Mail have also had to lay off some of its staff. This could be a problem with its finances or equally could be a much more streamlined business than in previous years.

Either way, if we were to reword the old original Orange mobile companies tag line and apply it to Amazon. The future for the British postal services could be Yellow.